ON TOP OF YOUR DONATION SUPPORT, THIS GAME ALSO USES A WEB MONETIZATION REV MODEL. If you have services s.a. Coil Setup, THANK YOU!

YOUR SUPPORT IS MUCH NEEDED AND APPRECIATED! It's all I've got to keep me going and making games for your enjoyment!

- DOUBLE CLICK to shoot the "BIG LAZOR". Quickly clear out patches of baddies and bullets with this escape nasty situations game mechanic. I'm amazed to see people still not using the Big Lazors when they have charges active!!!

- Use your MOUSE or any other pointing device to move.

- CLICK AND HOLD to shoot the main weapon, missiles also shoot periodically and can be used to clear enemy bullets.

The awesome music is by "YouFulca", check out his work here on itch.io, it's amazing... scratch that, MIND BLOWING, arm hair raising!

- If the game dimensions do not fit your liking, try using [ctrl & - or +] key combo to fit your screen. It should fit most laptops with ease.

- Clearing a full wave of enemies gives better star rewards on the last few hit from the same group.

- The "Big Lazor" is effective at clearing large groups of weaklings, useful for earning stars!

- Every time u clear a level boss, on the next run enemies spaw faster and less and the boss will be half health for ez quick traversal. This also means that you're not going to cash in as many stars as well, so play smart!

A bit of story:

EX4CE comes as a successor to the "Shmupnage" game released a while back. It follows the progress of a space cadet named Lancy in her struggle to liberate a Lothian space colony of the imninent space threat: "These things, seem to be nest or boss like controlled bio-organisms, annihilating and assimilating everything in their path."

The Ex4cE are mainly formed from former Freedom Figthers United (FFU) personnel. The main reason for the split being that the FFU are now corporate funded and taking advantage o the threat situation through "Planetary Protection Plans" which are in truth just meant to drawin resources in exchange of rather brief times of security.

The ABSOLUTE BEST shoot 'em up that ive ever played. 11/10 game right here.

Thanks for the praise, I know a good number of high quality Japanese shmups I'd love to match some days. This game is just a hobby result nowhere as good, but yeah it tries hard.

Im not a fan of the genre but this is an amazing game. even though there are better games i think you will go far

Awesome game, just a question: how many bosses are there?

I remember a burnout hit me after the 4th.

I have art for more but the time and effort put into is just not justified any longer. Maybe, if I can get more deals from prospects or ppl that can market the game properly it might make sense. I don't have much experience with monetizing, it is what kills my personal game dev. Peple play and support what they want more of. There's plenty of content out there! :)

Well I know a few people who love shoot 'em ups, so I'll tell them!

One of the best shmups I've ever played,

Would recommend to anyone who's a fan of the genre.

Saw your game on Newgrounds. Very good job, my friend. Keep up the good work!

tyvm for the rating, every bit helps!

Updated new version to fit under larger than intended iFrames

There's still a known bug about not being able to shut the music off, just keep toggling it once in game ... but seriously who would turn off such incredibly engaging music! :) 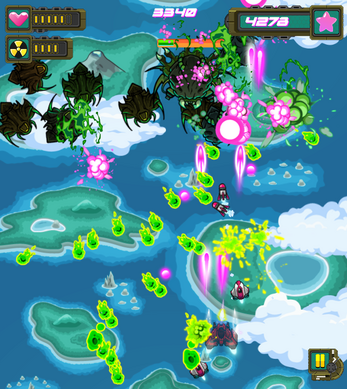 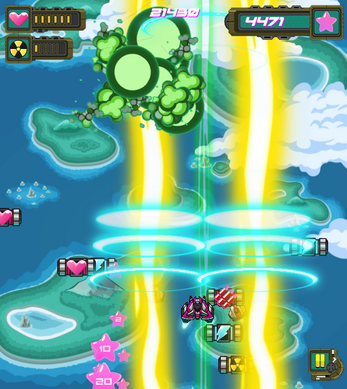 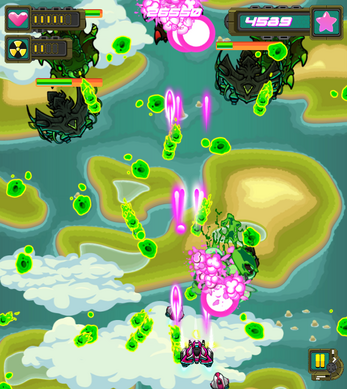 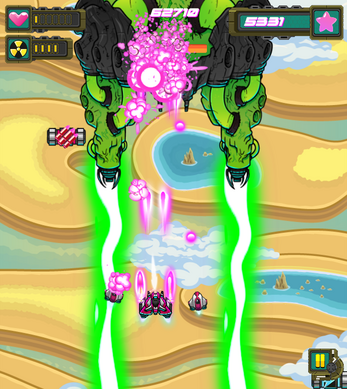